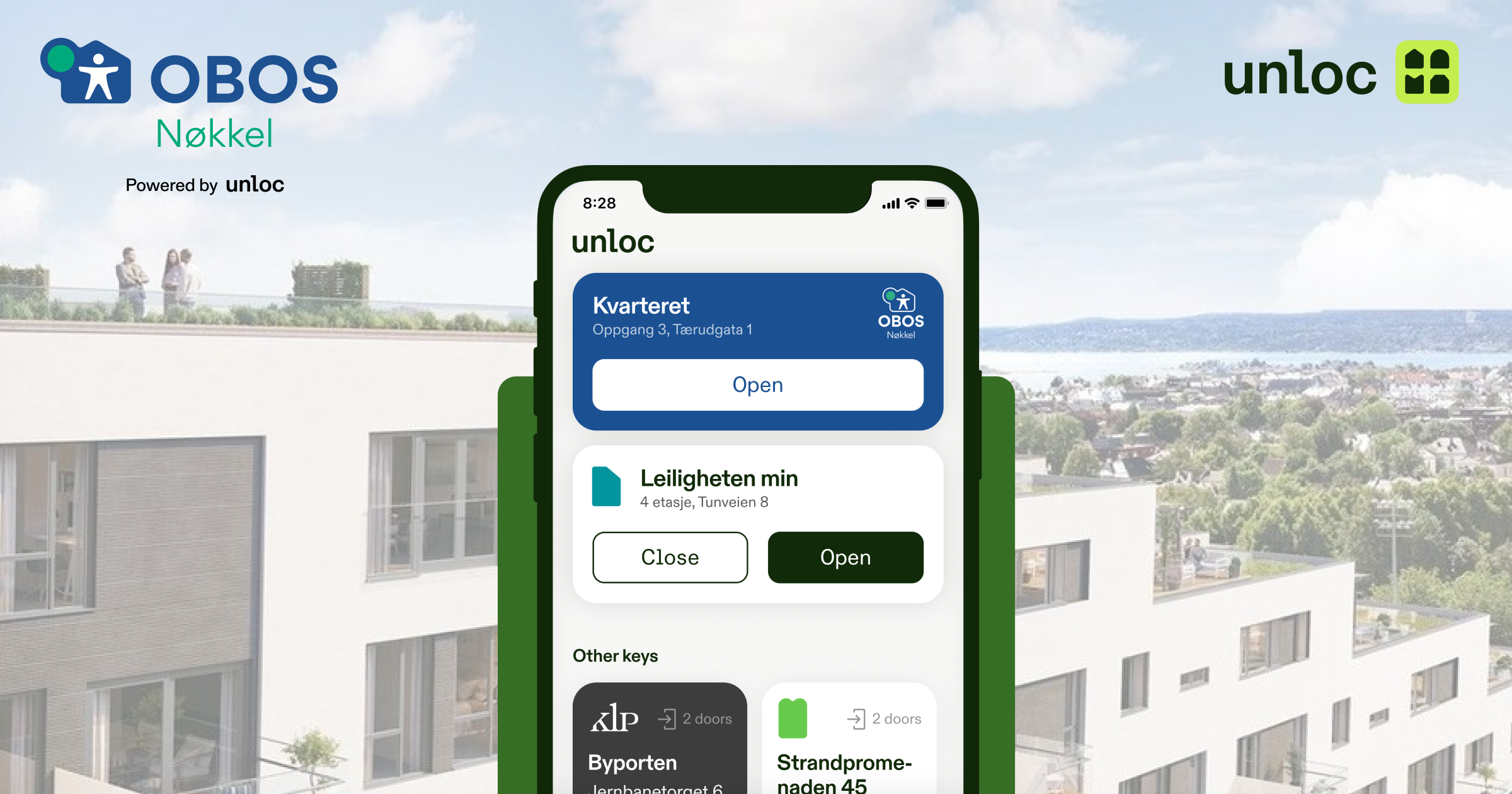 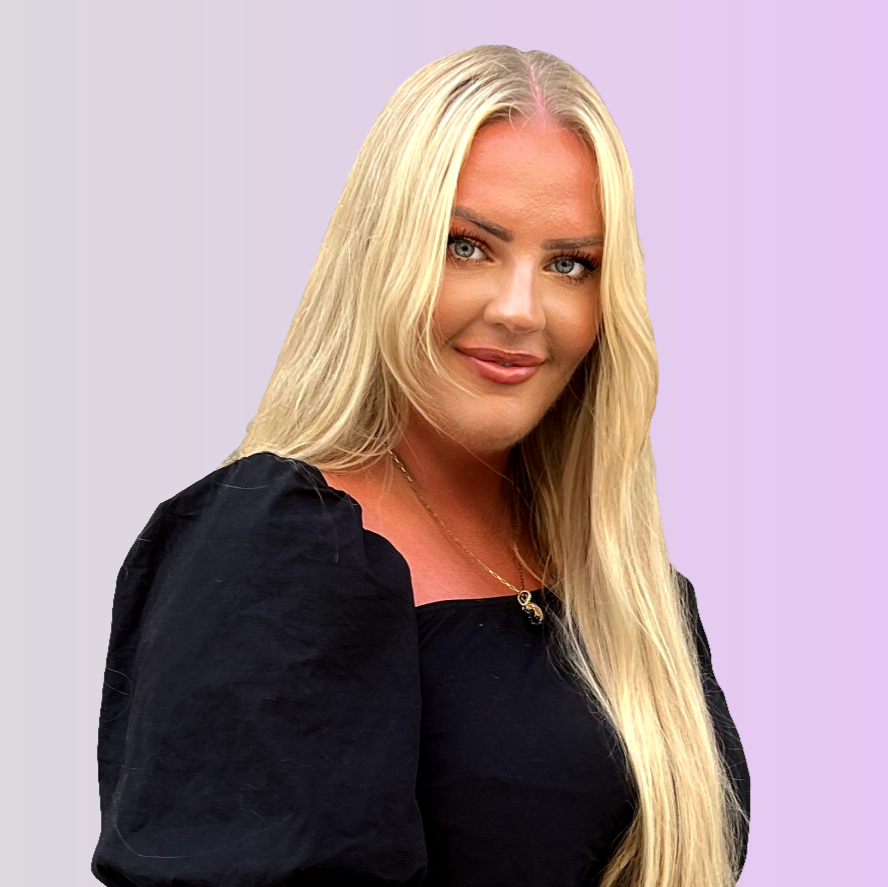 Why OBOS created OBOS Nøkkel, together with Unloc.

One of the largest Housing Developers in the Nordics, OBOS, had been paying close attention to the development of technology that could be used in their buildings — and saw that property technology was lagging behind.

As a response to this, they agreed in 2018 that technological innovation in homes and buildings was to be a key part of the their company strategy, positioning and offering for their customers. This marked the start of their new innovation department - OBOS Smart Living.

The goal of this new company was to offer useful and modern technology to their customers and residents that could help solve friction in their everyday lives.

In January 2019, Smart Living started a comprehensive insight period to identify the needs and pain points of the board members and residents living in an OBOS housing cooperative. Their main goal was to figure out the number one point of friction they experienced in their daily lives - and remove it for them.

After speaking to countless residents and board members, one thing seemed to repeat itself: they both wanted easier access to buildings and the pains associated with administering physical keys removed. A lot of different use-cases were mentioned, ranging from having to wait at home for hours for a package to be delivered, to the time consuming process of ordering and receiving system keys.

They decided to investigate how they could offer a smarter key solution to their customers.

OBOS spent the following months researching and mapping out the main problems they had uncovered related to physical keys and access to buildings — and narrowed this down to three main points that they needed to help their members remove.

OBOS first discovered Unloc at an event in Oslo, April 2018. They found their solution very interesting, and began discussions around a possible partnership. Fast forward to May 2019, and OBOS had chosen Unloc as their main partner in helping solve key and access-related friction for their members.

This boiled down to the following reasons:

Unloc’s solution was described as a clear vision and easy-to-understand idea, by OBOS. It was easy to calculate ROI, and to see the impact this would have on residents and board members.

Unloc’s open and non-proprietary solution was critial for OBOS to move forward. They didn’t want to lock their clients into deals with specific hardware providers. Instead, they wanted to offer their customers the flexibility of being able to freely choose which access control and key system they wanted to use. Unloc was the key that would fit all locks.

“It was and still is an important premise for OBOS to ensure open standards and services that do not lock customers in. Our customers also want freedom of choice.” — Henning Lunde

Unloc’s solution provided OBOS with a huge potential in rolling this out to both their existing housing projects, as well as their new development projects. Additionally, only having to integrate with one API to access administration of all Unloc-enabled locks was vital for mobile keys to be part of their management offering.

Safety was a responsibility that Unloc took very seriously, and was also crucial for OBOS. A security assessment was done to ensure that Unloc was a reliable and secure product for their customers. In fact, OBOS also hired an external consultant to ensure that Unloc passed all tests and requirements - which it did.

Ecosystem for Logistics- and Service Providers

Unloc’s clear focus on creating an ecosystem for mobile keys - not just for residents, but also for people who need to enter the buildings, proved to also be an important factor for OBOS. Everything from the plumber needing access, to package deliveries, cleaning companies, and others. Handling keys or waiting at home for something to be delivered used to be a big friction for OBOS’s residents prior to partnering with Unloc.

With Unloc’s API, OBOS created their own key management solution — the OBOS-nøkkel. They built a mobile key administration system on the Unloc platform, allowing board members in housing co-operatives to distribute digital keys to their residents in a safe and controlled way.

The project aligned well with OBOS’ strategy of offering attractive solutions and services to apartment buildings and their residents.

To further amplify the effect, OBOS decided to make a direct investment in Unloc, which boosted their drive to succeed and create something truly valuable and innovative.

OBOS-nøkkelen pre-launched June 2020, where housing cooperatives were offered to sign up for a pilot. The pilot not only oversubscribed but was also executed on flawlessly. From that point on, they decided they were ready to scale, and offered the OBOS-nøkkel to their whole portfolio.

The most important thing for OBOS, was to deliver on their promise of providing value to their customers.

Impact from moving over to mobile keys

OBOS was looking for an open solution to help both themselves and their residents remove the pain of lost keys and physical key administration, by instead providing flexibility and freedom of being able to enter a building with your phone and share access with others as simply as sending a text message.

OBOS have saved a significant amount of time and costs for both Board members and residents in their housing co-operatives.

Want to learn more or got any questions?

Whatever it is, we’re happy to help! Leave your e-mail
and we will reach out to you shortly.